Do I want to distance myself from Muslim Extremism?

Several times I've had this request from people, recently.

Now you want an honest answer, of course. I'll give you one. You may not like it, but it is as it is.

Firstly, no one is responsible for other people's behavior. That includes Muslims. And I may hope, you want to use the same standards for everybody, so for you, this is as good as it gets. In other words, I'm not interested in what other people do.

'O ye who believe! Obey Allah, and obey the Messenger, and those charged with authority among you. If ye differ in anything among yourselves, refer it to Allah and His Messenger, if ye do believe in Allah and the Last Day: that is best, and most suitable for final determination.'

It's clear, that the latest ISIS-atrocities do not meet these Qur'anic rules. You don't seem to want to question the identity of these people, but I do. Moreover, I'm very much willing to ask this painful question: Is ISIS indeed an Islamic organization, or isn't it? This brings me to an even more painful conclusion: ISIS has the secret service-seal stamped all over it. Please consider this possibility, then research it. I can think of enough reasons, why secret services like to stir things up in countries. This is an issue, where the world can learn from the Netherlands: Here, the parliament carries out in-depth research into government institutions, when unruly behavior has been observed. It's called a 'parliamentary enquiry'. Witnesses are interrogated under oath. Documents and other silent witnesses are investigated too. This has led to improvements in the past. Look at it from the bright side--it may confirm the nonsense of complot thinking, if the official report is confirmed.

Thirdly, I may hope you want to live in peace with the Islamic community. I didn't say 'Islamic countries', because the umma is everywhere, nowadays. Several things need to be done, to achieve that:

* Admit the things you've done wrong towards Muslims in the past. Especially the USA, Britain, and the Netherlands are culpable, when it comes to the enslavement of the Palestinians to Israel. Make sure they will be really liberated. Israel is an apartheid state, like South Africa before. The attacks on your World Trade Center, Sep 11 2001, also have written 'secret service' all over them. Watch Michael Moore's movie please. You'll notice, that his narration is a lot more plausible than the official one blaming Bin Laden. Bin Laden had denied his role in the attack, by the way.

* Ask Muslims for forgiveness for what you've done to them. You destroyed Afghanistan and Iraq based on lies you fabricated. Lies you thought you needed to start wars on these countries.

* Pay compensation to the countries you destroyed. You can't bring back the people you killed, but at least you can compensate their families for the property you destroyed. Just like the Marshall Plan for Europe!

* Retreat your armies from the countries you've destroyed, then make a real start truly modernizing your economy. Transform it from a military economy to a civil economy. A military economy needs wars as a livelihood. To leave it at that, for now.

There's no other way.

I only dare ask this, because myself, I live in a country that itself has committed atrocious war crimes. It traded slaves, occupied and violently oppressed foreign nations, developed racist theories, and eagerly helped Nazi Germany in the holocaust against Jewish citizens. I've seen how painstakingly it is to admit own atrocities, then ask for forgiveness, and to compensate the damage done. Not many countries are untainted. Truth is, also the USA have displayed human imperfection and committed atrocities. Please add up to them, so that we all can move on and live in peace. 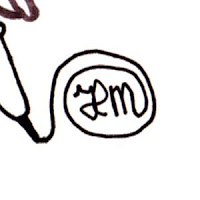 Posted by HajarsIdeas at 5:57 AM No comments:

Some Ahadith from the Prophet of Islam on what is Faith

Narrated 'Abdullah bin Mas'ud:
A man came to Allah's Apostle and said, "O Allah's Apostle! What do you say about a man who loves some people but cannot catch up with their good deeds?" Allah's Apostle said, "Everyone will be with those whom he loves."